Inspiring images coming from all parts of the country.
People have devised various innovative ideas to maintain #SocialDistancing when commuting for daily essentials.
With such high spirit and firm resolve of our citizens, no challenge is too big to achieve. #IndiaFightsCorona 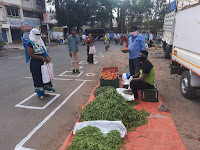 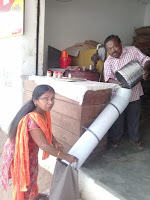 The Covid 19 has hit the world hard leading to an increase in coronavirus-caused quarantines.
#SocialDistancing measures and going into isolation enmasse are the only solution to break the chain. Staying home or quarantining ourselves is necessary, but may not be comfortable.
As #IndiaFightsCorona,the emotionally challenging quarantine period can be utilized these 21 days to embark upon a campaign of self improvement,we can use this time as a gift to do things we’ve always wanted to do but never got around to doing.
As an optimist I believe everything is a blessing in disguise. This is a great time to pick up a hobby or learning something new. This is a great time to reconnect with family and friends in more meaningful ways and spend quality time together. #StayHomeStaySafe
#Lockdown21

Stimulus for the Citizens

The scheme, including measures such as cash transfer, insurance cover, ensureing food security and the decision to provide free LPG cylinders for 3 months to all beneficiaries of #PMUY will give relief to millions of poor.

We are in this together, we will fight this invisible enemy and emerge victorious. Our Government is taking all necessary measures to minimise any negative impact on our economy and society. #IndiaFightsCorona

The #Covid-19 has hit the world hard leading to an increase in coronavirus-caused quarantines. #SocialDistancing measures and going into isolation enmasse are the only solution to break the chain. Staying home or quarantining ourselves is necessary, but may not be comfortable. 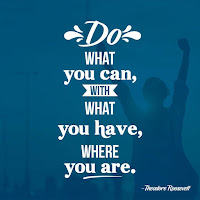 As #IndiaFightsCorona, the emotionally challenging quarantine period, we can utilise these 21 days to embark upon a campaign of self improvement, we can use this time as a gift to do things we’ve always wanted to do but never got around to doing.
As an optimist I believe everything is a blessing in disguise. This is a great time to pick up a hobby or learning something new. This is a great time to reconnect with family and friends in more meaningful ways and spend quality time together.
Let us make our attitudes towards this quarantine a positive one. This is a good time to reflect and self introspect to come out stronger in the journey of life. At a time of this great chaos and uncertainty , the world will remember how we all got through this together.

India has done pretty well so far in its fight to contain the Novel Corona Virus.
Now we are in Stage 3 - in which Virus spreads through social contacts & in social gatherings.
This is the most critical stage and in this stage the number of confirmed cases spread exponentially everyday like what happened in Italy between the last week of February & second week of March - From 300 to 10,000.
If India is not able to manage this stage for next 3 to 4 weeks then we will be in serious trouble and could be looking at confirmed cases in Lakhs, not thousands.
This next one month is extremely crucial.
That's the reason why most events & public gatherings have been cancelled till the 15th of April.
Just because schools are closed doesn't mean we succumb to that compulsive travel bug.
Holidays will come next year too.
Don't push your luck with Corona virus especially where children are concerned.
Marriages, Birthday parties etc can wait.
Also, the feeling of invisibility that nothing will happen to me is pretty dangerous.....
The next 30 days will be most crucial in the medical History of India.
Follow necessary precautions at home and while outside for important work. Precaution does not mean panic.
Be a responsible citizen by following & educating others to remain careful for next one month or so.

This will show how India has dealt with the threat of COVID-19 with far greater tenacity and firmness than ALMOST ALL Countries.

1. Firstly, despite sharing a border of 3,488 kilometres with China, India has only reported 78 cases and 1 death- compare that with 596 cases and 8 deaths in the UK.
2. India is the only country in the world to evacuate its citizens 6 times (and counting) and evacuated the most number of foreign nationals.
3. The Indian Air Force evacuated a total of 723 Indians, 37 foreign nationals from Wuhan. India evacuated 119 Indians and 5 foreign nationals from Japan IAF also evacuated 58 Indian pilgrims from Iran on the 10th of March. Total: 900 Indians and 48 foreign nationals.
4. India is leading the fight against COVID-19 in the South Asian region, offering diplomatic, humanitarian and medical assistance to its neighbours.
5. A total of 56 Virus Research Diagnostic Laboratories (VRDLs) have been set up in India to test its citizens as well as foreign citizens in a record time, with a plan to build 56 more VRDLs in the next month. This insane level of efficiency hasn't caught the eye of the media.
6. India currently has one of the world’s most efficient and reliable testing systems, reducing the time taken to get test results back from 12-14 hours to four hours. US health officials have admitted that their system is failing and has testing has been very sluggish
7. As a result, from Iran, Afghanistan up to Timor Leste, countries in Asia have been requesting India to help set up testing facilities in their countries.
8. India has sent 6 top scientists to set up a make-shift lab and testing facility in Iran to test 6000 of its citizens because Iranian officials refused to test Indians due to their high load. India plans to send 3 more airplanes in the next week to airlift its citizens.
9. India has provided 15 tonnes of medical assistance comprising masks, gloves and other emergency medical equipment to China.
10. India has sent Maldives a 14 member medical team comprising of pulmonologists, anaesthetists, physicians & lab technicians and also a large composite of COVID-19 medical relief to assist Maldives health authorities.
11. India has screened 1,057,506 people from 30 airports and 77 seaports.
12. India has suspended all visas to India as well as visa-free travel facility for OCI cardholders. It has closed its border with Myanmar. The Indian nationals coming from COVID-19 hit nations after 15 February will be quarantined for 14 days. This in contrast with the UK with far more cases but no quick action whatsoever.
13. India has the world’s biggest state-sponsored health assurance scheme, covering over 500 million beneficiaries (approximately 8 times the size of the UK).
14. Indian drug prices are among the cheapest in the world. Medbelle ranks India as one of the five countries with the lowest median prices for drugs around the world due to an elaborate price control mechanism for drugs and the government’s Jan Aushadi project to provide cheap affordable medicines to the poor.
15. China had silenced the doctor who identified COVID-19 and he died 6 weeks later. China let this brew. On the other hand, when Nipah virus was found in India in 2018, 3 doctors identified it and authorities immediately reported it to WHO. 2000 quarantined and 17 died in total.India would have NEVER allowed it to become a pandemic.
The Indian civilization, being one of the most advanced in the world, has been way ahead of its time with gifting the world the Namaste- which is now propagated by every world leader. Ancient India idealised vegetarianism and expounded Ayurveda, and as a result, did not come in contact with any serious threat from plagues/ diseases in its millenniums of existence. India NEVER created any pandemic in the history of its existence. 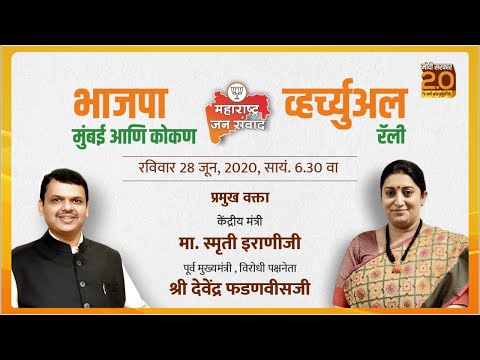